Unity and Division Over a Float

While I have received emails and messages of praise for the online Odd Fellows public relations training lessons I have published from both inside and outside the United States, one of those lessons has caused quite a ruckus and I’d like to try and unite everyone on both sides of an argument to which I did not know I would find myself having to defend.

Let me first state that I have been schooled in the facts about how divisive the Rose Parade Float is among Odd Fellows not just in California but up to the Sovereign Grand Lodge level. Second, I must state that as a public relations professional, I support the float just the same as there are dozens of corporations and non-profits who are deeply aware of the public relations benefit of their own floats in that parade. If you believe in public relations as a valid tool for public awareness, then you must also agree that the float does provide an intangible benefit; however, not everyone sees it as a worthwhile public relations activity.

With that being said, and as I have come to learn, there are those who are against the float because the people organizing the float want their Grand Lodge or the Sovereign Grand Lodge to put money toward it when they can’t raise enough from voluntary donations from individuals. Not much causes people to become so angry as when they feel their money (much like tax money) is being spent in ways they do not want.

It was never my intention to change anyone’s mind about the float when I created a public relations lesson about it. My lesson was informative as to why the float is a good thing and here are the basic facts to which I hope we can all agree:

I believe that even those who oppose the float can’t disagree with these objective statements and if so, then I humbly apologize for not making these statements more concrete and neutral as facts. After all, I am a supporter of this float, so it can be a challenge to write anything free of my own bias…which leads me back to public relations because public relations professionals must be keenly aware of bias–their own and of others.

With public relations, we must account for bias in all the things we do. We must only do our jobs in an unbiased way even when we are and when we’re not biased. We must take an honest account of our own natural bias as authors and remove it from our work. We must account for the bias of those who read our writing or consume the media we produce so as not to appear biased to them.

One only needs to watch a few channels of television news and conclude that the bias of the journalists taints the news itself where opinion becomes a headline and reaction becomes instant breaking news. As someone who worked as a combat correspondent photojournalist, it disturbs me to see the state of television news and makes me wish the world would learn more from Odd Fellowship to avoid discussing politics and stick to only facts–like it’s 1955. 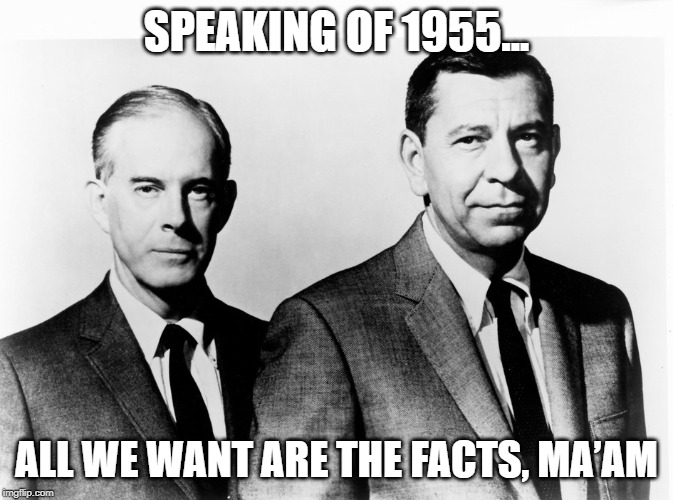 The danger of bias to Odd Fellowship is just as real. As a public relations professional, I know it is a disservice to use certain facts in a way that supports a particular bias. I learned after the Sovereign Grand Lodges session this year that facts were presented about the number of people who searched for Odd Fellows (and other terms) “spiked” coinciding with the Rose Parade Float. Based on what I know about building websites and running them (which I have done for decades), I can see that this is a reasonable claim and should be easy enough to bring up on screen and share as a screenshot. Without needing to download and distort the data to contort to a pro-float bias, we should be able to see “it’s a spike in traffic” as we often say. And I do not take this claim away from anyone who has stated these facts at Sovereign Grand Lodge. I was accused of disputing that, though, which I find troubling but this just points to how divisive this topic can be. In my lesson, I even said it should be celebrated as a victory and left it at that because I do believe it should be celebrated as a victory.

However, where I ended up upsetting some of those who support the float and supposedly bolstering the side against the float was when I said that there was a rumor that the float drives people to search for “Odd Fellows.” I had said it was a myth and I ended up getting some very official-sounding letters from certain parties and accusations that were untrue about my motives behind sharing with everyone how to use a free tool called Google Trends to see if this claim were true or not. Again, even though I had said I support the float (because of it’s intangible benefit), I was accused of undermining support for the float. That one still puzzles me, but so be it.

So what is Google Trends? If you watch a few videos on how to use it and play around with it for a while, you can learn search spikes really look like. Here is an example I gave in my program when people search Google for the word “fireworks” each year.

As you can see, there is a predictable spike and you can even see the bump around New Year’s when people search Google for fireworks around New Year’s. There are many such terms that produce spikes such as “turkey” around Thanksgiving and Easter.

And using this same free tool we can take a look at whether or not there is a clear spike around New Year’s for people searching for “Odd Fellows” to coincide with the Rose Parade Float. Here is what we see (and it looks nothing like a series of yearly clear spikes):

Keep in mind that my lesson focused on the intangibles and the facts about the float as a benefit to Odd Fellows and that we should not focus on Internet searches and traffic.  For the “fireworks” search term, you can see that since 2004, there have been 16 spikes that are clear above the rest of the traffic. For the “Odd Fellows” search term, there are spikes all over the place; you can see May 2013 got a spike that was the third highest out of the past 15 years. What could cause such a spike in May 2013? How can we explain this data other than to say that people are searching for Odd Fellows year round and sometimes more than they do around New Year’s?

Unfortunately, this information doesn’t tell us if people were searching for “Odd Fellows” because they ARE Odd Fellows or because they want to learn about Odd Fellows. Are we afraid to admit that we are biased if we only want to think that these numbers mean people want to join? Is wishful thinking to blame if we can’t allow more than one possible explanation of this data? How can we know what this data means if there is no clear pattern?

The truth is that Google can’t tell us the intent of these searches. They can give us clues and only when there are a host of clues that point to one thing can we say that “it sure does look like it” by carefully concluding…but then, using the same clues and logic, there are times when the same reasonable conclusion must be false because “it sure doesn’t look like it” by trying to make the same careful conclusion. We can conclude that interest in fireworks goes up around the 4th of July pretty easily but what can this data conclude about Odd Fellows?

By taking the emphasis off of the reasons other corporations and non-profits have floats in the Rose Parade, we run the risk of trying to force an intangible benefit into a tangible one. We should not celebrate one spike in one year of people searching for Odd Fellows as a provable year-in-year-out justification if there is no previous years to compare. By putting so much meaning on this one gauge, we set ourselves up to expect the same spike each year and when it doesn’t happen then someone will be to blame. Who will be to blame if there’s no spike as we can see in many past years of Google Trends?

It is useless to say “Float = Search = Clicks = Members” because you’re not going to fool those who are against the float into believing that idea. If we did have a yearly, reliable and predictable Google Trends history (like there is with “fireworks”) then it would be reasonable to conclude, but sadly it is not and this is why my lesson about the intangible benefits of PR and the busting of the myth that the float causes people to search for Odd Fellows was so problematic for some. And anyone who has a computer can sit down at Google Trends and get the same results as I have shown you here. The proof just won’t be there for anyone if they are looking for real spikes like there are with “fireworks” as a search term. Yes, we should celebrate a spike in search at the server level, yes, but even then we don’t know if those are already Odd Fellows who are searching for information about the float on the IOOF website.

Back in 1955, when California Odd Fellows started putting a float into the parade each year, they did it for the intangible reasons plain and simple. My whole PR lesson was all about the intangible benefits of the float and that we should focus on and celebrate those intangibles rather than make it about Google. The float is just good PR and you can ask anyone who puts a float in the Rose Parade.

The people who are most proud of the float can recall how the crowd acts when the float passes by and how there are times when the float itself invokes a hush in the crowd because it touches people in some way. Isn’t that connection with the float the reason we are doing it or should we shift our focus to website visitors?