Do Odd Fellows Wear a Fez?

It’s important to note that besides the “official” Independent Order of Odd Fellows guidelines (see below) which extend to Encampments and Grand Encampments, there are two appendant (or “side) degrees/organizations which are recognized in some form by the IOOF but not embraced in a subordinate or officially fraternal way: A.M.O.S. (the Ancient Mystic Order of Samaritans) and the Noble Order of Muscovites. Both of these groups embrace the use of the fez and have their own stylings and rules for use; A.M.O.S. takes its theme from the same part of the world as the Shriners (namely old Egypt or Sumeria or somewhere “mystical” and ancient) and Muscovites are obviously Moscow-related in some way.

Without the need to rewrite the great content and images  of fezzes in their museums, two websites have pictures and the history of both A.M.O.S. and Muscovites and worth a read. The first of these is FezMuseum.com which also contains fezzes from over a dozen fraternal orders with the link zeroing in the AMOS/Muscovites page and it’s really a great account of the different appendant groups that are still around and those that have been lost to the sands of time. The second site that has a lot of information (although not quite as many examples of fezzes, but also a fine recounting of the history of fezzes as they pertain to Odd Fellows lodges (no longer in use), encampments, and appendant bodies; it’s worth noting that this second site has a particular Odd Fellow wear a fez because it’s black and orange for a Lady Muscovite!

(Prepared by Co-Founder Peter V. Sellars, PGP/PGM and Written at the Request of the California Grand Encampment; Adopted 2008.)

There are several organizations who wear the fez. Shriners are probably the most noticeable; however, the Independent Order of Odd Fellows have used the fez in its organization for over a century. Over the years within the organization, the Odd Fellows lodges, the Junior Lodges, Ancient Mystic Order of Samaritans (A.M.O.S.) and Zuannas, the Encampment and the Ladies Auxiliary have all wore the fez. Today the encampment branch of the Order primarily retains use of the fez, where the others no longer use them.

Some lodges used to wear fezzes that were red or white in color or tri-color red, white and blue (all of which are in the San Francisco Odd Fellows Museum); there were blue fezzes used in some Junior Lodges (also in the San Francisco Odd Fellows Museum); the A.M.O.S. and Zuannas also wore fezzes. The encampments have used variations of the color purple. Today, several encampments still retain the use of the fez. The history of the fez is prominent in the Independent Order of Odd Fellows.

Source: San Francisco Odd Fellows Museum. The aforementioned is factual and not supposition. 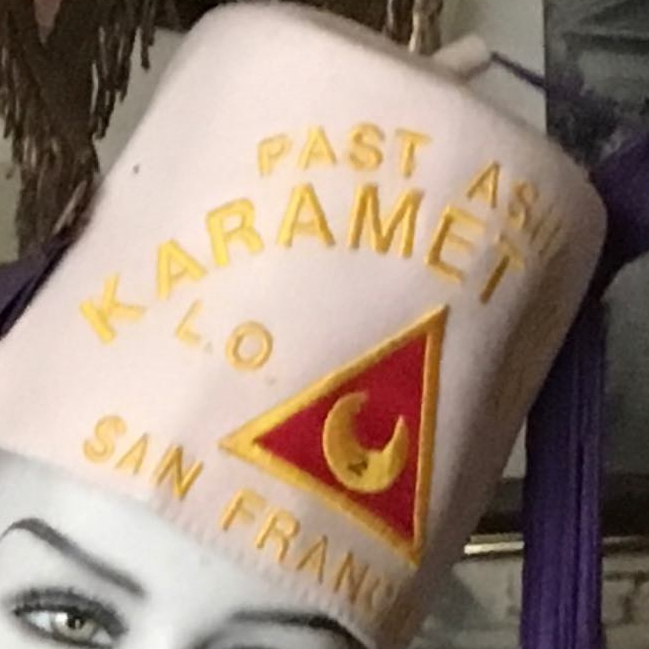 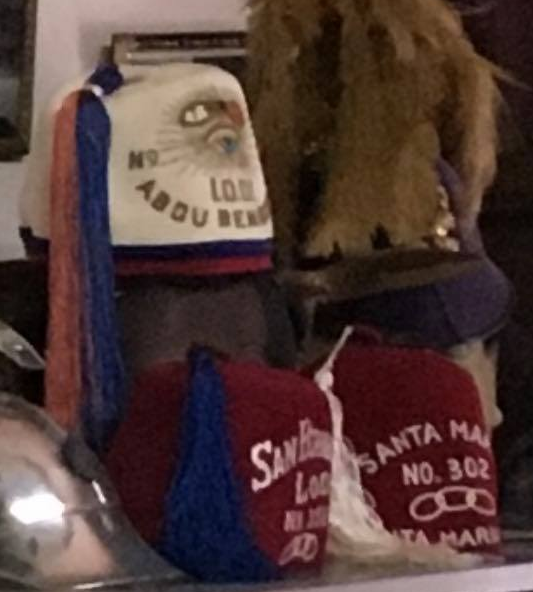 When Odd Fellows wear a fez, here is how they do it…

GUIDELINES TO WEARING THE FEZ IN THE ENCAMPMENT

Concerning the following fez guideline, there is a definitive distinction made between the Grand Encampment and the Encampments.

The officers of the Grand Encampment may or may not wear the fez; however, if a member wishes to wear a fez which, it should conform to the following:

1. It must be royal purple in color.
2. The gold tassel must be 18-inches in length.
3. The tassel must be situated on the left hand side of the wearer.
4. The tassel should not swing freely, but should be attached to the fez.
5. The tent, the crossed crooks, and the three links of the Order shall be seen on the front of the fez, as worn in the traditional manner.

Representatives who attend the sessions of the Grand Encampment may wear the fez of their Encampments which do not conform to the above guideline.

The primary reason for allowing members to wear different fezzes is because they are different and rightly so, due to the historically significant manner in which fezzes were obtained and worn in the different encampments. Some encampments had taller fezzes; some shorter. Some were with long tassels and others were shorter. Some actually bear the name of a different encampment than which the member belongs because of consolidations and the way in which an encampment may have acquired the fezzes. It would be cost prohibitive to expect any encampment and its members to change the style it has used for decades – and more importantly it would be negligent to disregard the historical significance of the traditional fezzes.

The encampment may wear various types of fezzes as long as the style adheres to the following:

1. The fez must have a gold tassel (it may be short or long)
2. The tent, the crossed crooks, and the three links of the Order shall be seen on the front of the fez, as worn in the traditional manner.
3. The color of the fez must be either black, gold, or purple (one of the three colors of the encampment degrees); however if it is not purple, permission by the Grand Patriarch must be obtained in writing and placed into the minutes of the encampment.
4. The tassel should not swing freely if it extends below the rim of the fez. If so, then it should be attached to the fez.

For both the Grand Encampment and the Encampments:

1. The fez is to be worn vertically.
2. The emblems shall face the front.
3. The fez should not sag or be creased
4. The fez should be removed from the head and placed over the heart with the right hand placed inside during any of the following: Prayers, passing Colors, Pledge of Allegiance, National Anthem, and rendering respect for the dead.
5. It is not removed when serving in a color guard or detail.
6. The fez may be worn in public; however, permission must be first obtained from the Grand Patriarch or his representative. (The fez is not considered regalia)

Finally, please take note: As a reminder, this is only a guide to be used by the encampment branch of the jurisdiction of California. It has not been created to cause controversy but to be informative and to have some level of knowledge when considering the wearing of a fez. Take from it what you will and may this body accept what has been presented for the encampments. The writer of this guideline and background information was tasked to bring this to the 2011 Sessions of the Grand Encampment of California.

Now you know that Odd Fellows wear a fez even to this day! You can be an Odd Fellow and wear a fez, too! Fill out this contact form for more information!

Want to ask a question, share an idea, request specific information, etc.? Use the form below!
Menu